Its been a busy year so far with event furniture being delivered to Comicon around the country from London, Birmingham to Manchester. 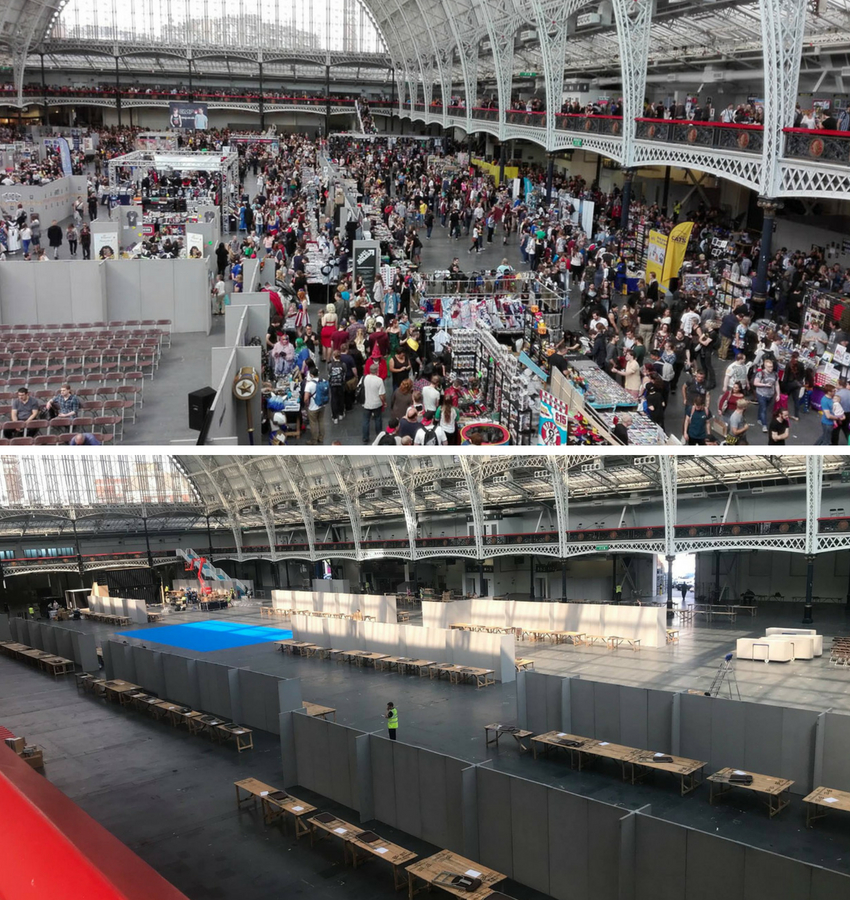 The British Comic Art Convention (usually known by the moniker Comicon) was an annual British comic book convention which was held between 1968 and 1981, usually in London. The earliest British fan convention devoted entirely to comics, it was also the birthplace of the Eagle Awards.

Most editions of Comicon took place over two days, usually on a Saturday and Sunday. The convention featured floor space for exhibitors, including comic book dealers and collectable merchants. Along with panels, seminars, and workshops with comic book professionals, one of the highlights of Comicon was the Saturday all-night film show.

Each Comic Con is unique and each event requirements do differ slightly, but typically we supply:

If you are hosting a similar event please contact us to discuss your requirements.